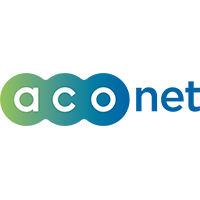 ACOnet publishes several SAML 2.0 Metadata documents, some of which are documented below.

Federation members who should use this limited Metadata document:

All other Federation members will want to make use of the Interfederation-enabled Metadata document, which contains all eduID.at member institutions as well as any SAML entities known via Interfederation agreements, such as eduGAIN. Those interfederated entities are bound by the policies of their respective Registrars or Home Federations.

Federation members who should use this Metadata document include:

Currently eduID.at Metadata is being signed daily (or more often) and validity (validUntil) is being set to +14 days in the future each time. That means consumers of this metadata will need to refresh (download and evaluate signature) eduID.at metadata at least every 14 days, which a correctly configured software should do automatically. (Note that this validity window may be shortened further in the future without prior notice.)

Consumers of eduID.at Metadata, i.e., SAML IDPs and SPs (and potentially SAML IDP Discovery Services) should refresh eduID.at metadata at least once a day, but may do so more often. The example Metadata Providers in this documentation are set to a 4-hour refresh (i.e., re-downloading and evaluating the eduID.at SAML metadata 6 times a day – or less often if it can be established on the HTTP layer that the metadata hasn't changed), shortening the time it takes for software to learn of new, changed or removed entities.

The example Metadata Filters in this set of documentation are using a maximum validity of 28 days, i.e., software configured that way would reject SAML metadata that (a) does not have any upper limit in its validity, and (b) where validity exceeds 28 days in the future. This allows metadata consumers to protect themselfs from overly large "windows of opportunity".